Muslims in China are being rounded up and forced into political education camps that resemble the prisons ubiquitous in the country during the repressive Maoist era, according to reports.

More than 100,000 Uyghur Muslims are estimated to be detained in so-called ìre-educationî centers in Chinaís Western Xinjiang region, according to human rights groups. Tens of thousands of people are allegedly detained in the city of Kashgar alone. The facilities are reportedly squalid and overcrowded, and inmates are forced to sing songs praising the Chinese Communist Party and renounce their religious beliefs.

ìWe are deeply troubled by the astonishing numbers of Uighur reportedly detained in these camps. Nearly every Uyghur family in exile has heard of a family member who has disappeared into one of these ‘re-education’ centers,î Peter Irwin, a representative of the Germany-based World Uyghur Congress, told Newsweek.Ý

ìThe situation on the ground, however, did not arise from nowhere. What we are witnessing today is the result of at least two decades of policy designed to limit Uyghur political and cultural rights, while implementing the surveillance infrastructure necessary to enforce these very restrictions,î Irwin continued. 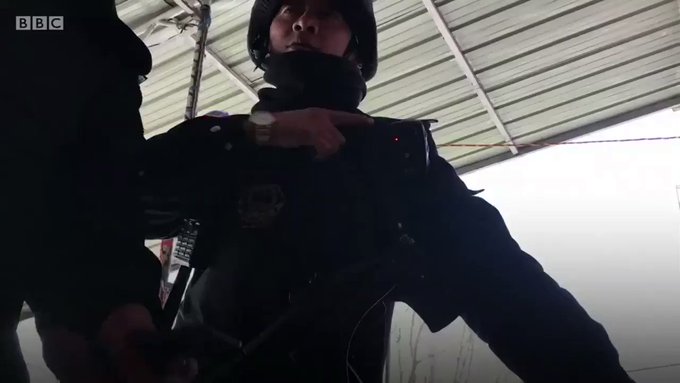 Uyghur Muslim refugee tells BBC he’d rather shoot his family in East Turkistan rather than have them suffer in Chinese “re-education” prisons.

The Uyghur are a Turkish ethnic minority that practice Islam and reside primarily in China and parts of Central Asia. Chinaís government claims the Uyghur support a Muslim separatist insurgency, and Chinese state media frequently argues that the Uyghur are easily influenced by extremist ideologies.

For decades, around 11 million Uyghur have been subjected to surveillance, arrest and gross human rights violations, rights groups say. The situation has increased in severity over the last year, when a man named Chen Quanguo became the new Communist party leader in Xinjiang and started using new surveillance technologies to monitor the Uyghur population.

ìParty Secretary Chen Quanguo has dramatically increased the police presence in Xinjiang by advertising over 90,000 new police and security-related positions,î read a 2017 report from the Jamestown Foundation.

ìThis soldier-turned-politician is little known outside of China, but within China he has gained a reputation as an ethnic policy innovator, pioneering a range of new methods for securing Chinese Communist party rule over Uyghur, Tibetans and other ethnic minorities in western China.î 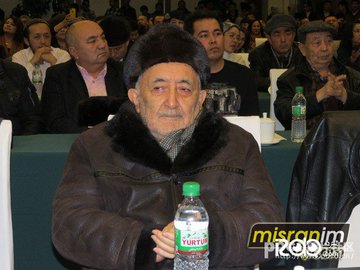 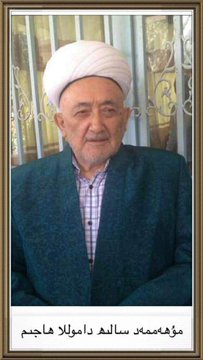 82-yr-old Uyghur Muslim scholar, Sheikh Muhammed Salih Hajim, has passed away in prison in Chinese custody. Arrested 40 days ago, he was a prisoner of conscience. He wrote many books & he’s the first to translate #Quran into Uyghur language.#EastTurkestan #Uyghurs #China #Islam

A recent report by Human Rights Watch said that people were being held in detention centers for being deemed ìpolitically unreliable,î not because they committed any crime.

This entry was posted in China, Ideaology, Islamophobia. Bookmark the permalink.