The leaders of the protests in Sudan and Algeria are aware that ending their old regimes does not mean the end of political Islam. But they are not at all clear about the necessity of inclusiveness in state building. A … Continue reading →

New information has come to light about thousands of mostly Yemeni children believed to have been abducted in the 1950s. ‘No one wanted me to know the truth,’ said Gil Grunbaum, pictured in the late 1950s with his adoptive parents … Continue reading →

Upon winning the elections in convincing fashion, Ennahdha gave assurances that it will not impose Islamic social and moral edicts on society, but rather intends to preserve the legal rights given to women with regards to personal status law. It also announced that it would not ban alcohol or bathing suits as its opponents had charged. The day after announcing the elections results Ghannouchi himself met with the leaders of Tunisia’s stock market to assure them of his party’s strong support for vigorous economic growth, especially in the tourism sector. His party’s platform calls for a robust annual economic growth of eight percent. Continue reading →

Libya: Is Washington Pushing for Civil War to Justify a US-NATO Military Intervention? 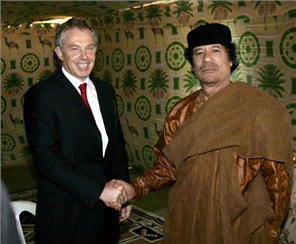 Is Tripoli being set up for a civil war to justify U.S. and NATO military intervention in oil-rich Libya?

Are the talks about sanctions a prelude to an Iraq-like intervention? Continue reading →

Robert Fisk: The destiny of this pageant lies in the Kingdom of Oil 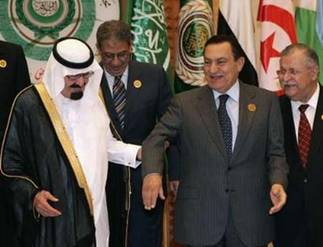 The docile, supine, unregenerative, cringing Arabs of Orientalism have transformed themselves into fighters for the freedom, liberty and dignity which we Westerners have always assumed it was our unique role to play in the world. One after another, our satraps are falling, and the people we paid them to control are making their own history – our right to meddle in their affairs (which we will, of course, continue to exercise) has been diminished for ever. Continue reading →

The generals would have run Egypt either way, under the so-called civilian government formed by Mubarak before he resigned or the current military government. While the generals rule the Nile Valley, a “controlled opposition” is being manufactured and nurtured by the U.S. and its allies.

Change is forthcoming. Whose interests will it serve? Those of Washington and Brussels or those of the grassroots movements in North Africa and Southwest Asia?
Continue reading →

“Protests may very well break out in other parts of the Arab world. Truth be told, Tunisia has given hope to other peoples that the regimes which rule them are not “people-proof” and that any structure can be perforated with the will and power of the masses.” Continue reading →