The leaders of the protests in Sudan and Algeria are aware that ending their old regimes does not mean the end of political Islam. But they are not at all clear about the necessity of inclusiveness in state building. A … Continue reading →

It is clear that the Syrian public and their officials, in all 14 of the country’s governorates, are committed to the complete restoration of their nation’s peerless and incomparable archaeological heritage sites as soon as security conditions permit. 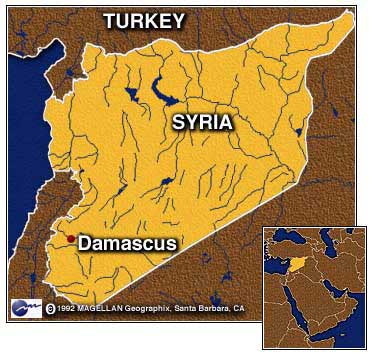 “By comparison, the overthrow of Colonel Muammar Gaddafi was a marginal event ”

President Bashar al-Assad’s enemies are closing in for the kill. The Arab League is suspending Syria, and Turkey, once a close ally, is leading the pack in seeking to displace the government that has ruled for 40 years. Arab leaders are talking to West European states about deploying the same mix of political, military and economic sanctions against Syria that was used in Libya.

This final assault is already producing convulsions across the Middle East and beyond, because the outcome of the struggle will have an explosive impact on the entire region. By comparison, the overthrow of Colonel Muammar Gaddafi was a marginal event. Complex though these developments are, the media’s coverage has been misleadingly simple-minded and one-dimensional, giving the impression that all we are witnessing is a heroic uprising by the Syrian masses against a brutal Baathist police state
Continue reading →