A BBC investigation has found that thousands of young women in conservative societies across North Africa, the Middle East, and South Asia are being shamed or blackmailed with private and sometimes sexually explicit images. Daniel Silas Adamson looks at how … Continue reading →

Even before the embarrassing back-down there were problems. For starters, it’s not a burqa. A burqa is that particularly Afghan garment, usually blue, with the mesh covering the eyes. The one you’ve seen on the news (or perhaps on Jacqui … Continue reading →

The price of oppressing your women – Naomi Wolf 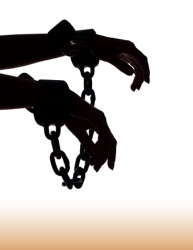 The top and the bottom of the list of countries in Newsweek’s recent cover story, “The 2011 Global Women’s Progress Report”, evoke images of two different worlds.

At the top of the list – the “Best Places to be a Woman” – we see the usual suspects: Iceland and the Scandinavian countries, the Netherlands, Switzerland, and Canada. On that planet, we see rankings in the upper 90s for the survey’s five categories: Justice, health, education, economics, and politics.

Women are out-earning men in college degrees (United States), domestic abusers are being banned from their homes and tracked with electronic monitors (Turkey), and female prime ministers are being elected (Denmark and Australia).
Continue reading →